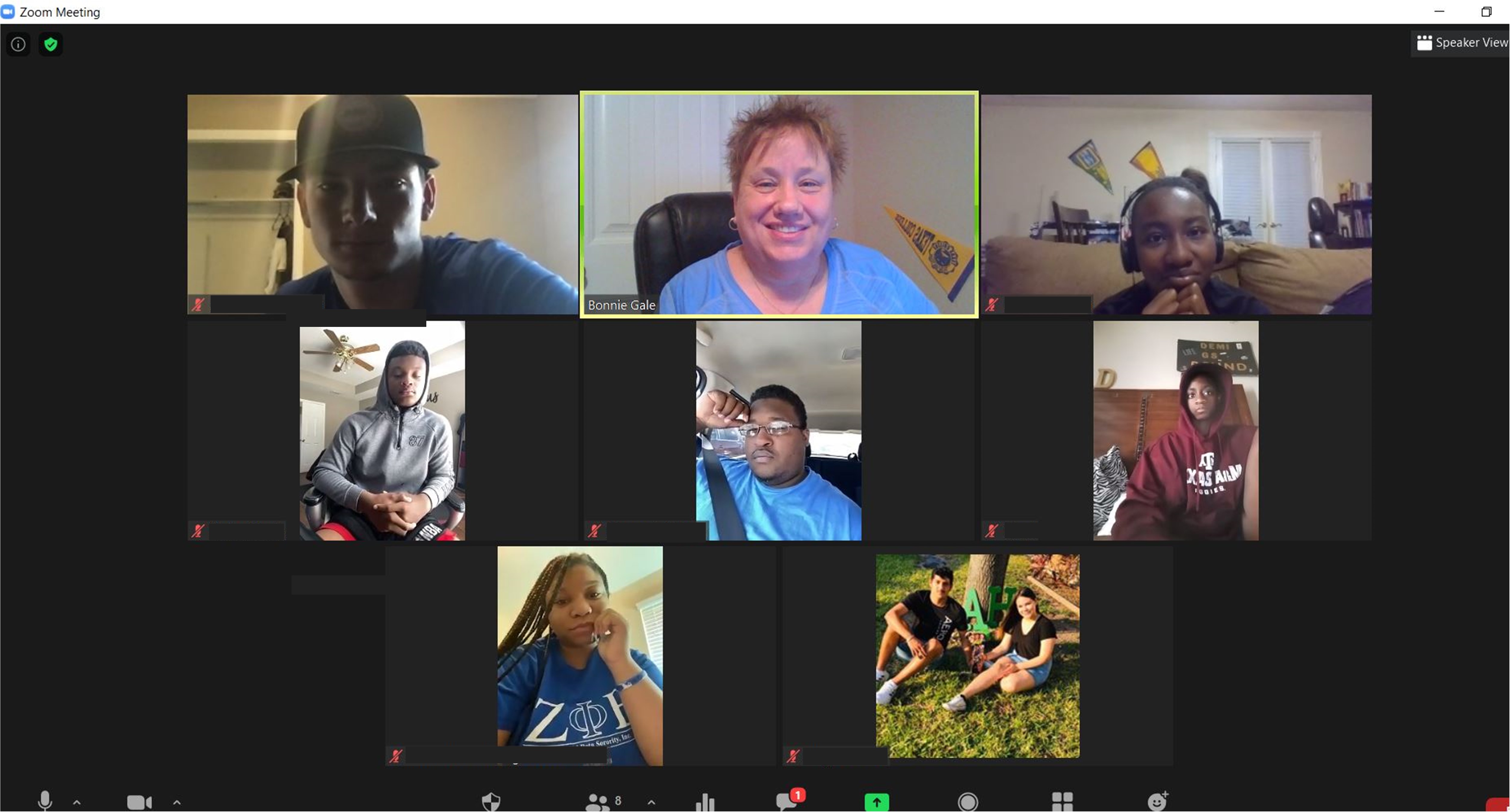 Dr. Lisa Taylor, vice president for academic affairs at Texas College, came to Texas College last summer with a background in online education technology and a vision for the future. She wanted to increase the college’s digital learning capabilities. So before the COVID-19 pandemic reached East Texas in March, the staff was already in training.

“My research shows with the proper support online is possible,” Taylor said. “We started being ready for this before the virus.”

On July 2, Texas College announced that classes would be held online only and fall sports were canceled in light of the coronavirus concerns. Students returned to classes on Aug. 12 online, and Taylor said she hasn’t heard any complaints so far. The fall semester will conclude on Nov. 20, according to the college.

In the beginning, Taylor said a handful of professors were concerned. But the worry was soon taken out of the equation. “It’s (online education) what I love,” Taylor said. “I want to replicate that passion in the faculty.”

At Texas College, students attend classes they normally would in person at a scheduled time using Zoom instead. Taylor said students learning how to take courses online helps them have the skills they need for the job market.

She gets excited when talking about virtual learning. She said there’s a spirit of positivity at Texas College. “I was always that person looking to grow,” she said. “We don’t have the spirit of fear here. Not with me, I make it fun. We actually enjoy learning new things here.”

Training for online tools began last fall as educators dabbled in the virtual setting. In February, the college held another digital training. After spring break, the digital learning tools were fresh on the professors’ minds. By March 30, all courses were online ready. The college then worked to make sure every student had a device to complete online course work, Taylor said. She added that 80% of students were satisfied with the spring semester, according to an external review.

Prior to the start of classes, students received information on how to post in a discussion forum and take online quizzes to practice for their online courses, Taylor said. Students are having Zoom sessions and teachers are recording their lectures for students who may not be able to attend due to other obligations.

“It’s not punitive if they can’t make it because we are still in crisis mode,” she said.

“For the most part, all of the services will still be active while in a virtual setting,” she said.

Athletes are meeting their coaches online and attending virtual workouts. “We’re trying to keep everything as normal as possible as we’re in this virtual mode of delivery,” Marshall-Biggins said.

She said a lot of students were hesitant about going virtual, but now they’re adjusting to the changes. “For us, their safety is more important,” she said. “They’re all just kind of jumping into it. We’re excited that they’re getting on board.”

In early August, the college held its new student orientation – traditionally an in-person event – using Zoom. Marshall-Biggins said the orientation was a success. Marshall-Biggins said there are several Student Affairs events that will continue forward virtually, including homecoming festivities, financial aid workshops, student elections and Greek Life recruitment. “We’re planning to do all the things we normally do (but virtually),” she said.

Taylor noted Texas College is focused on students having a quality education and gaining critical thinking skills. “Texas College has made sure the curriculum is high quality online,” Taylor said. “If you can Google it, it’s not learning.” There’s also a retention team to make sure students aren’t falling behind, Taylor said. She’s encouraging students and faculty to have back-up plans in case files get lost. We’ve got a Plan A, B and C,” Taylor said. “If lightning strikes the server, what’s the plan? Be realistic and be prepared.” 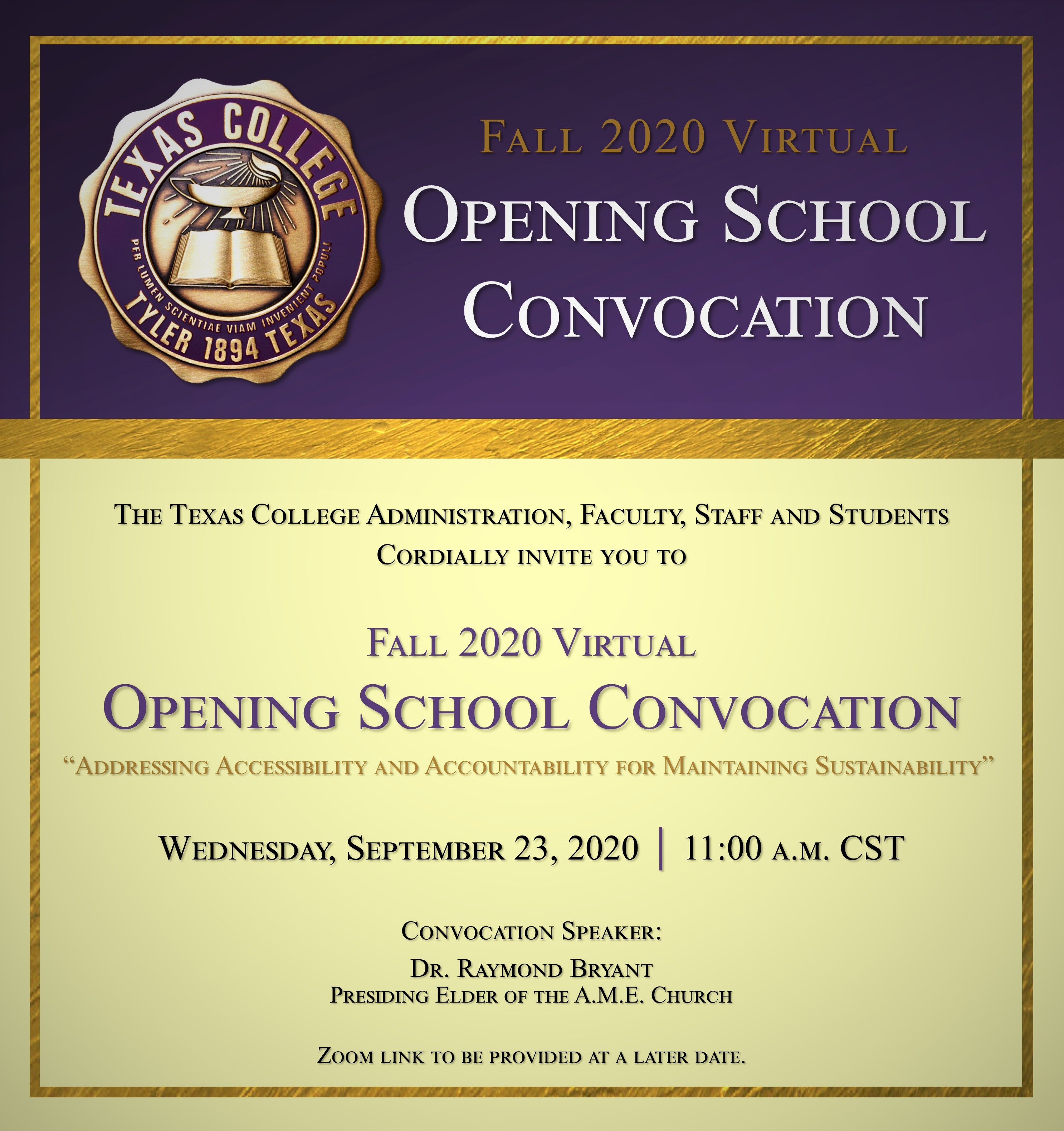 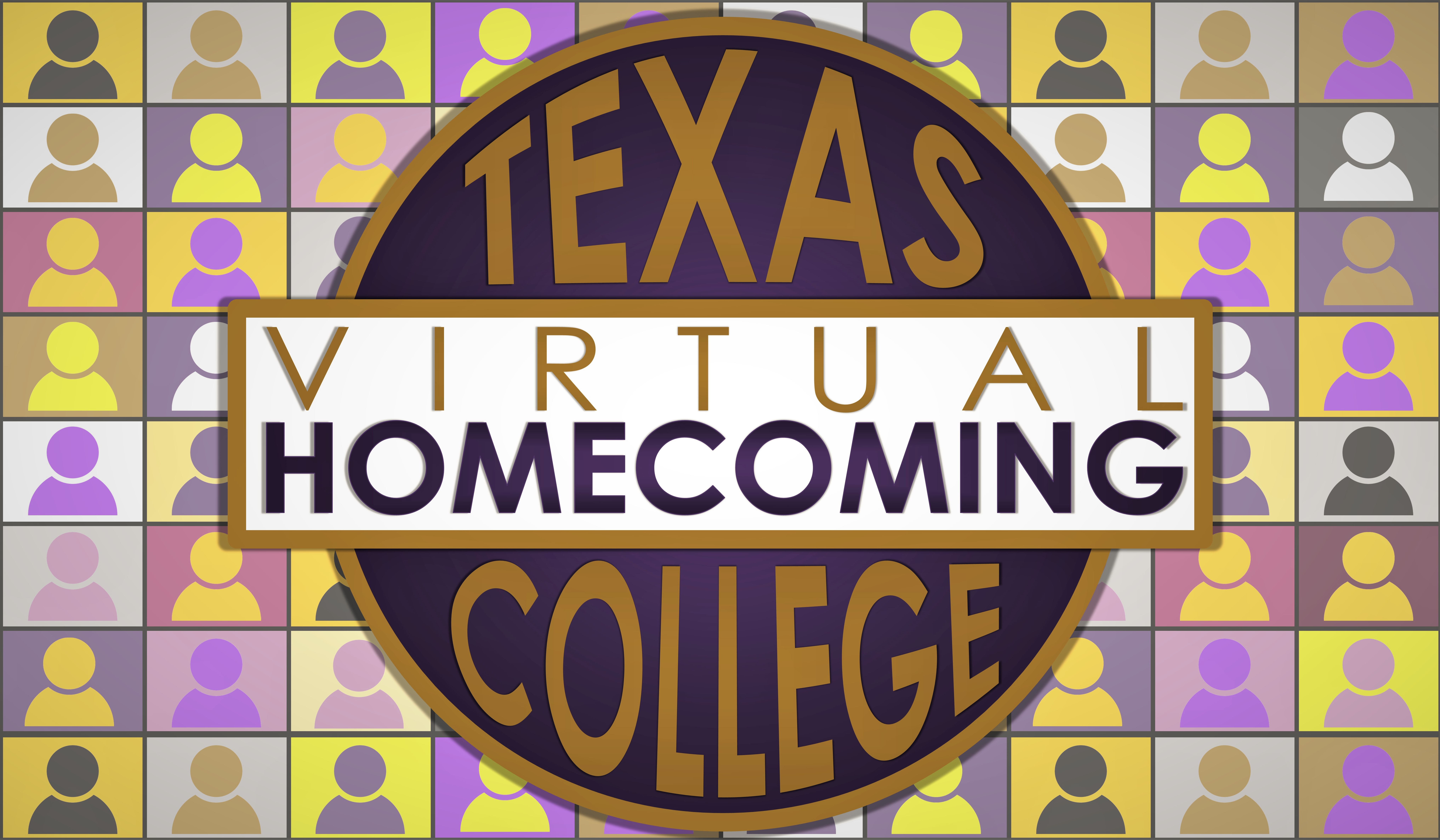 Though unable to physically gather this fall, Texas College will still host Homecoming 2020, but in a virtual landscape. Homecoming 2020 activities are scheduled for the week of October 24. A full calendar of events and additional information will be provided at a later date. 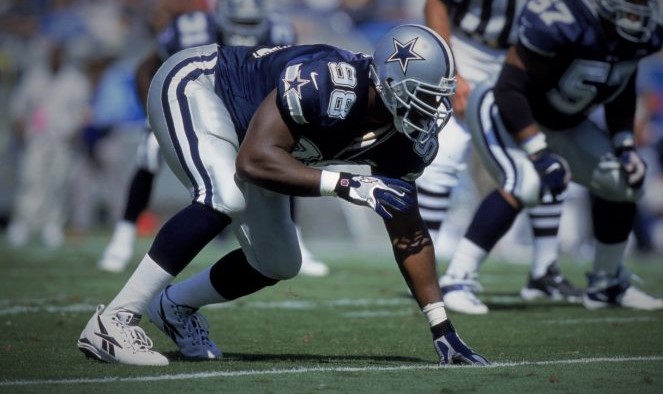 This year, the Dallas Cowboys are celebrating their 60th anniversary as a franchise. To commemorate the occasion, CowboysSI.com, a division of Sports Illustrated dedicated solely to “America’s Team,” is presenting their Top 60 All-Time Greatest Players in Franchise History. Among this list of greats is Texas College Head Football Coach Greg Ellis, coming in at number 36.

36. Defensive End Greg Ellis
Ellis, the team’s first-round draft pick in 1998, played 11 seasons with the Cowboys and served as an essential leader throughout his tenure. In the wake of the decline of the Cowboys defensive line in the late 1990s, Ellis crucially stabilized the unit, which he doesn’t get enough credit for. He finished his Cowboys career with 77 sacks, one Pro Bowl selection, a 2007 Comeback Player of the Year award (after his 2006 Achilles’ tendon tear) and 394 tackles.

Team Success — Pro football is a team game, and as such every player on the list played a part in a successful era in Cowboys history (though success is, to some degree, in the eyes of the beholder).

Time with Cowboys — Time is important. As part of the process, a player’s time with the Cowboys was only taken into account. There have been some great players that have come through Dallas, but some only spent a few years with the team. Depending upon how successful they and the team were during their time, that influenced whether they made the list or not. That also includes their impact and role in that success, whether there are statistics associated with that or not.

Feedback from Experts — Throughout the process, Matthew Postin consulted with two writers that have been around the Cowboys since the 1990s — Mike Fisher and Richie Whitt. Their feedback, along with the bios wrote on each player, played a role in where players were ranked. 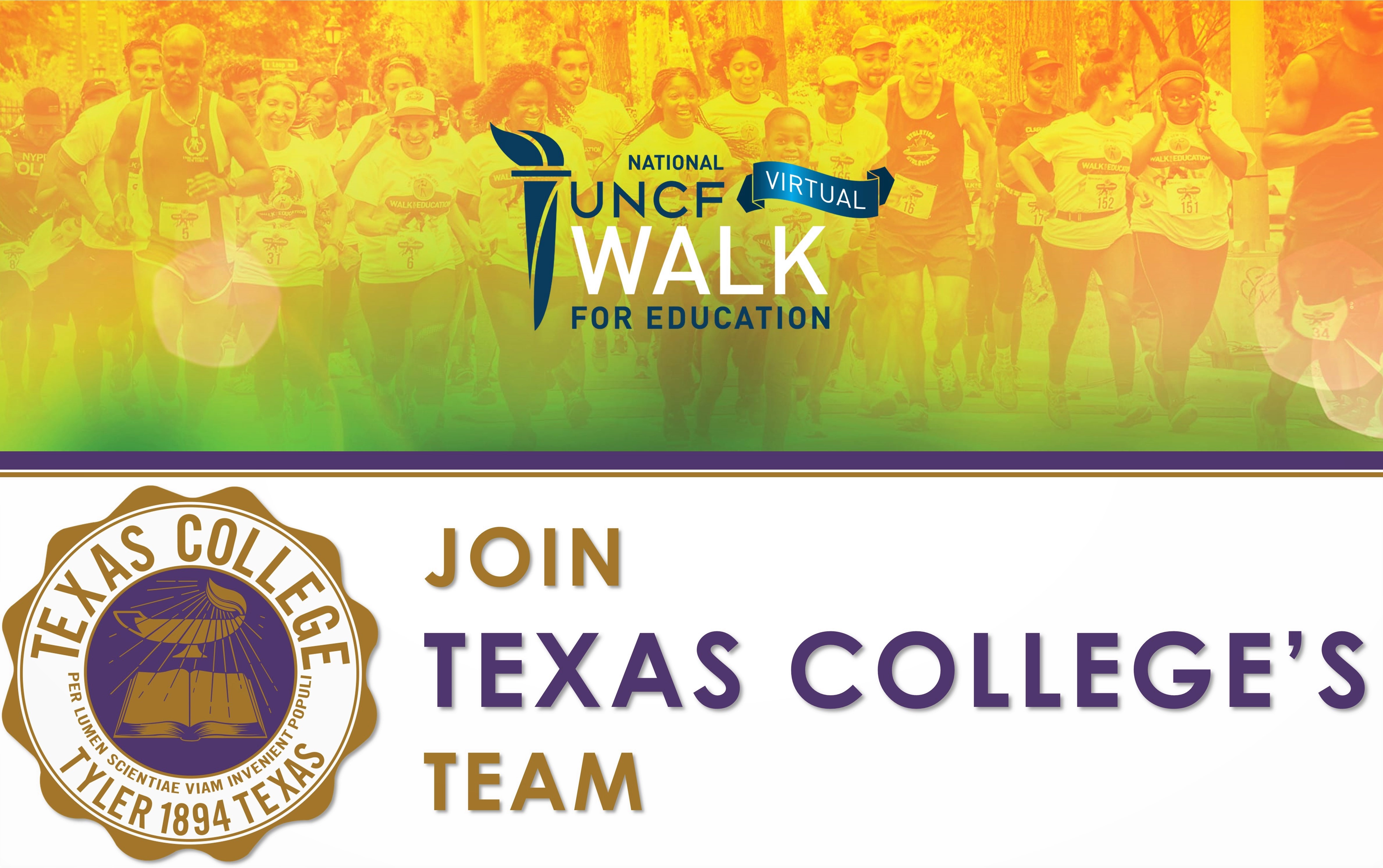 You're invited to participate in the UNCF Virtual Walk for Education, a nationwide initiative to raise awareness for the 37 UNCF member institutions and HBCUs. In addition, the virtual activity will help raise funds for UNCF, as well as provide necessary support for Texas College and our students.

All UNCF Walk participants are asked to make a donation to UNCF and do something meaningful, while practicing social distancing –walk, run, cycle, dance – in honor of UNCF, our students, and school.

Texas College encourages you to register and join our Texas College team, as well as share this initiative with others for participation. You also have the option to create sub-teams under the main Texas College team. Additionally, the Texas College National Alumni Association (TCNAA) has created a team and local chapters are invited to participate. Each team and sub-team is challenged to raise $500 to support the UNCF Virtual Walk for Education.

The UNCF Virtual Walk is scheduled for Saturday, September 19, 2020.

Thank you for your support! 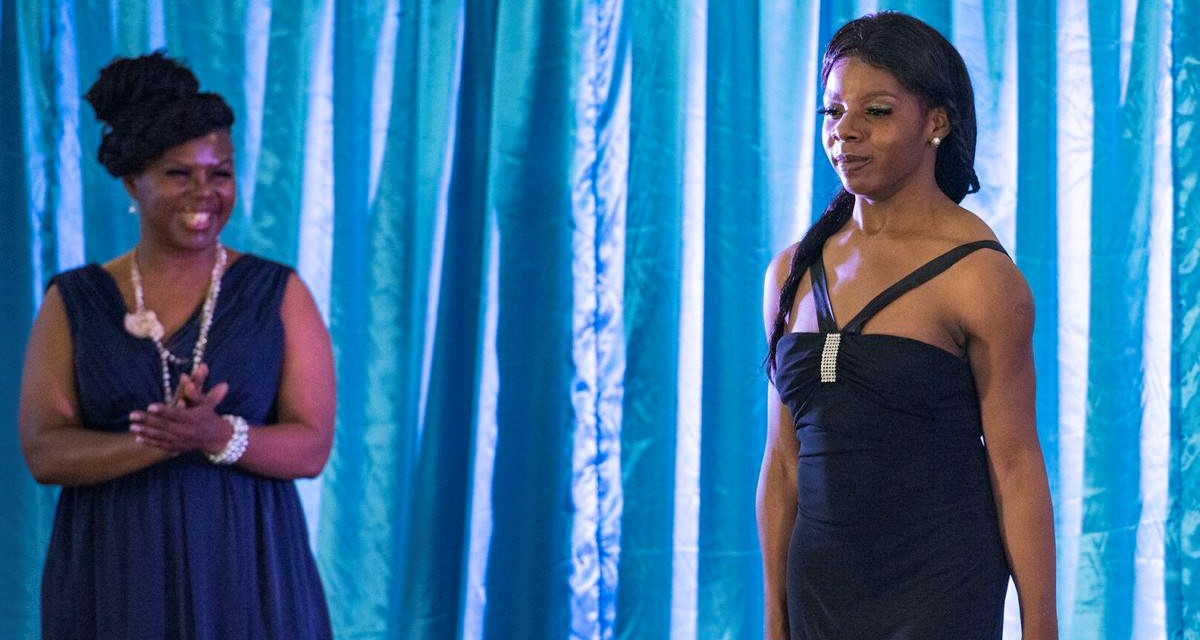 Tammy Arterberry, 54, (left) smiles as her daughter Amanda Mack, 33, (right) walks the stage in her formal wear in the America's Majestic Miss Pageant in Tyler.

The contestants were scored on three categories: interview, majestic wear and formal wear. Candidates for the crowns, ranging in age from three to 65, promote different organizations and causes, as well as partake in community service opportunities.

“America’s Majestic Miss is a natural beauty pageant that teaches girls to be confident in who they are and to inspire others,” Tamara Young, pageant coordinator for Texas, said. “No matter how small you are or how old you are, you can impact your community.”

Arterberry was crowned Ms. Texas at the America’s Majestic Miss Pageant in Tyler. Her crowning places her as one of 11 contestants who will now advance to the national pageant in Nashville slated for June 24 - 27, 2021. 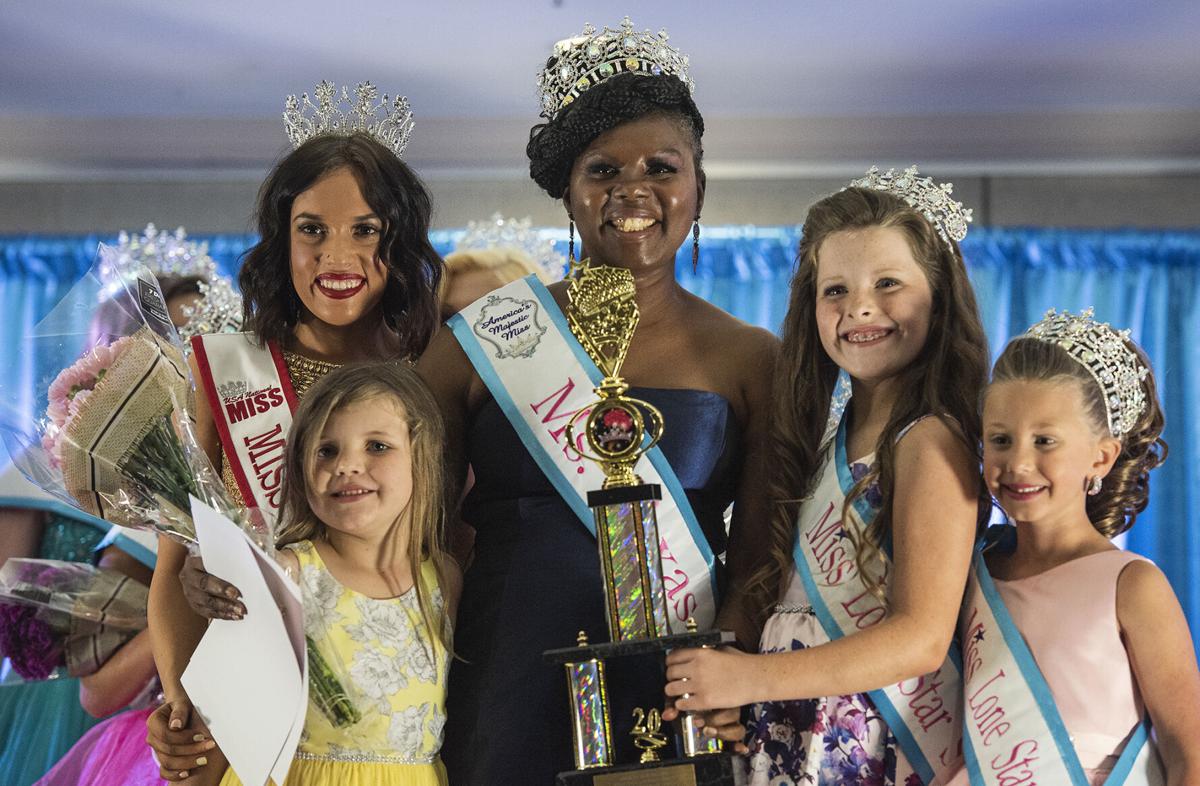 In addition to her crown, Arterberry also won the Texas All American Majestic Miss Award, awarded to the contestant with the highest overall score in the pageant.

Arterberry advocates for women who have gone through domestic violence and feeds the homeless. She has six children, including three with disabilities, and 11 grandchildren. She visits foster homes, nursing homes and hospitals. She wants to help those who don’t have a voice.

Arterberry said she loved the professionalism and fellowship that the pageant provided to its participants. 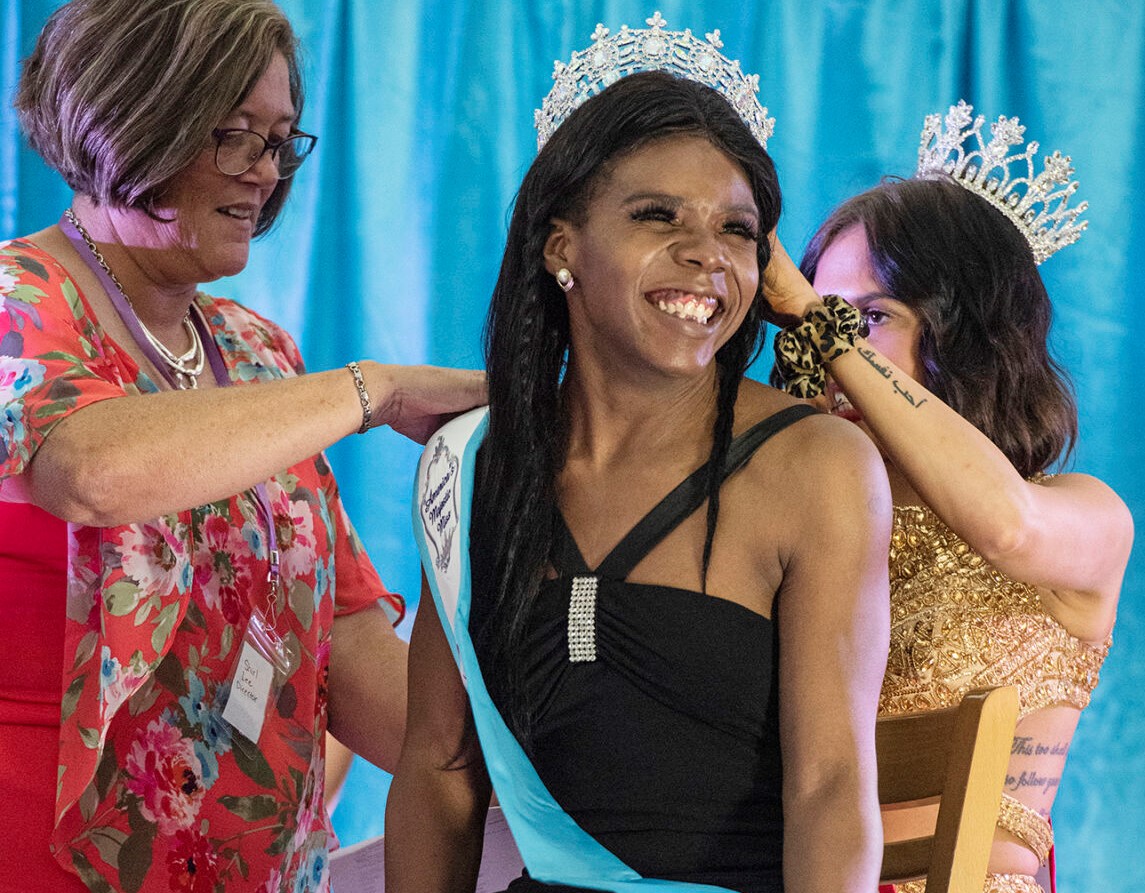 “I told Amanda I was so proud of her,” Arterberry said.

Mack explained that she wants other girls to know that they can take the stage no matter who they are. Mack, who has cerebral palsy (CP), aims to inspire others who also live with CP. In addition to providing inspiration, she is also an entrepreneur. Mack's company, Beautifull Mack, sells a variety of beauty and fashion products including eyelashes, lip gloss and sunglasses. 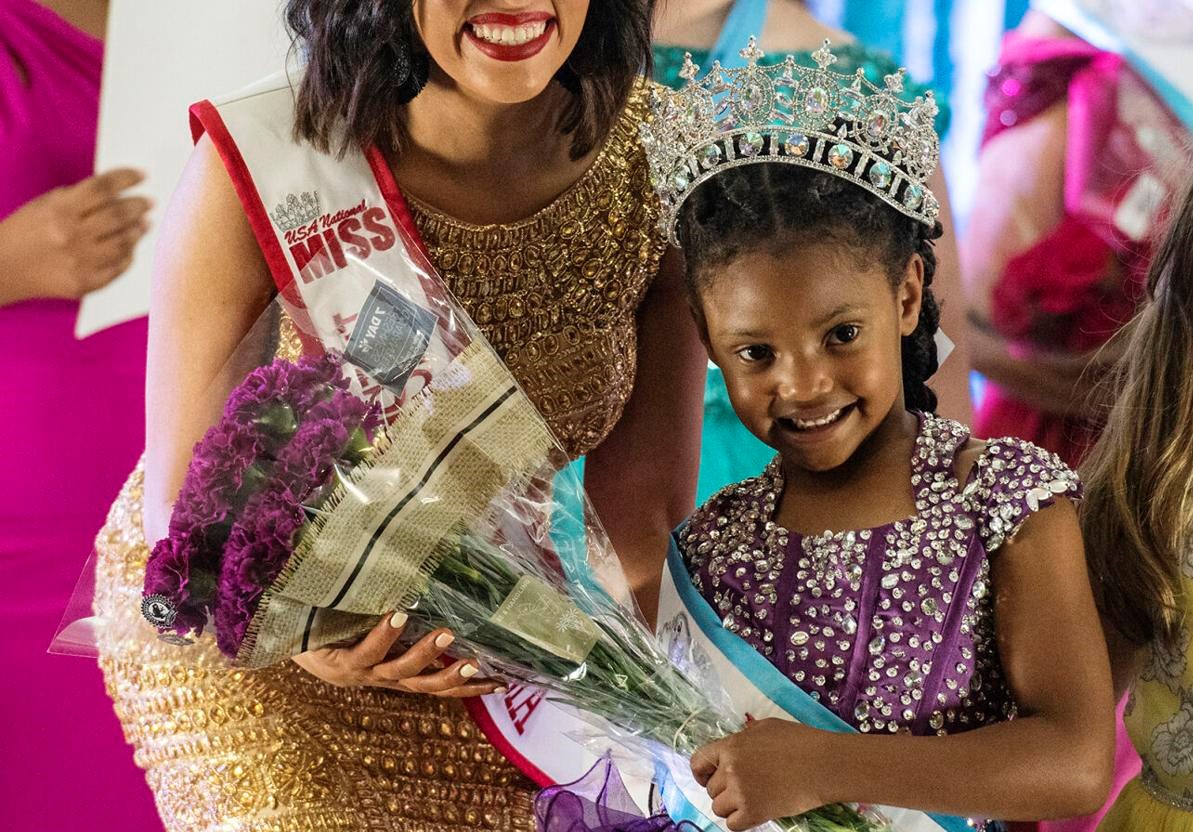 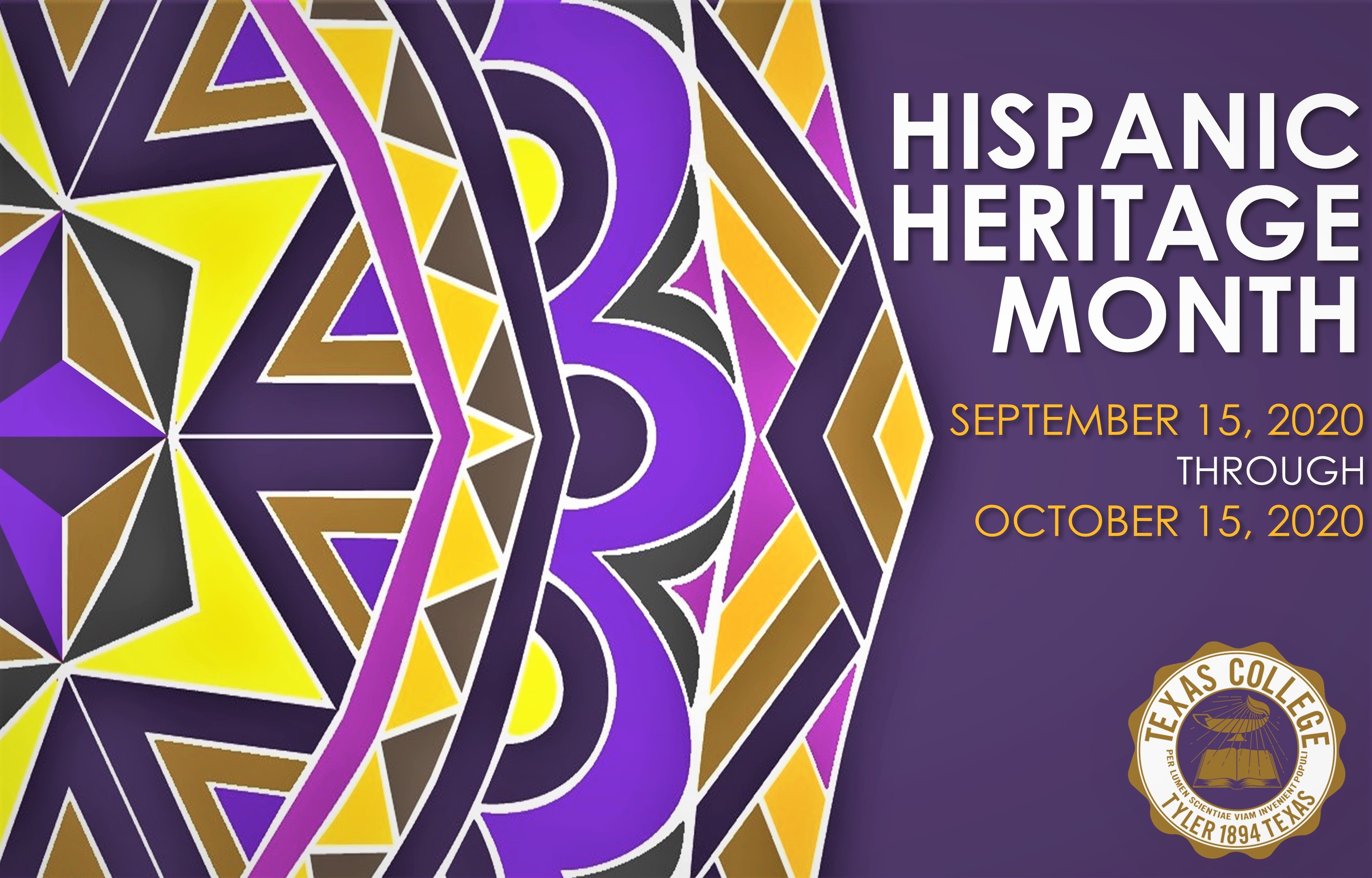 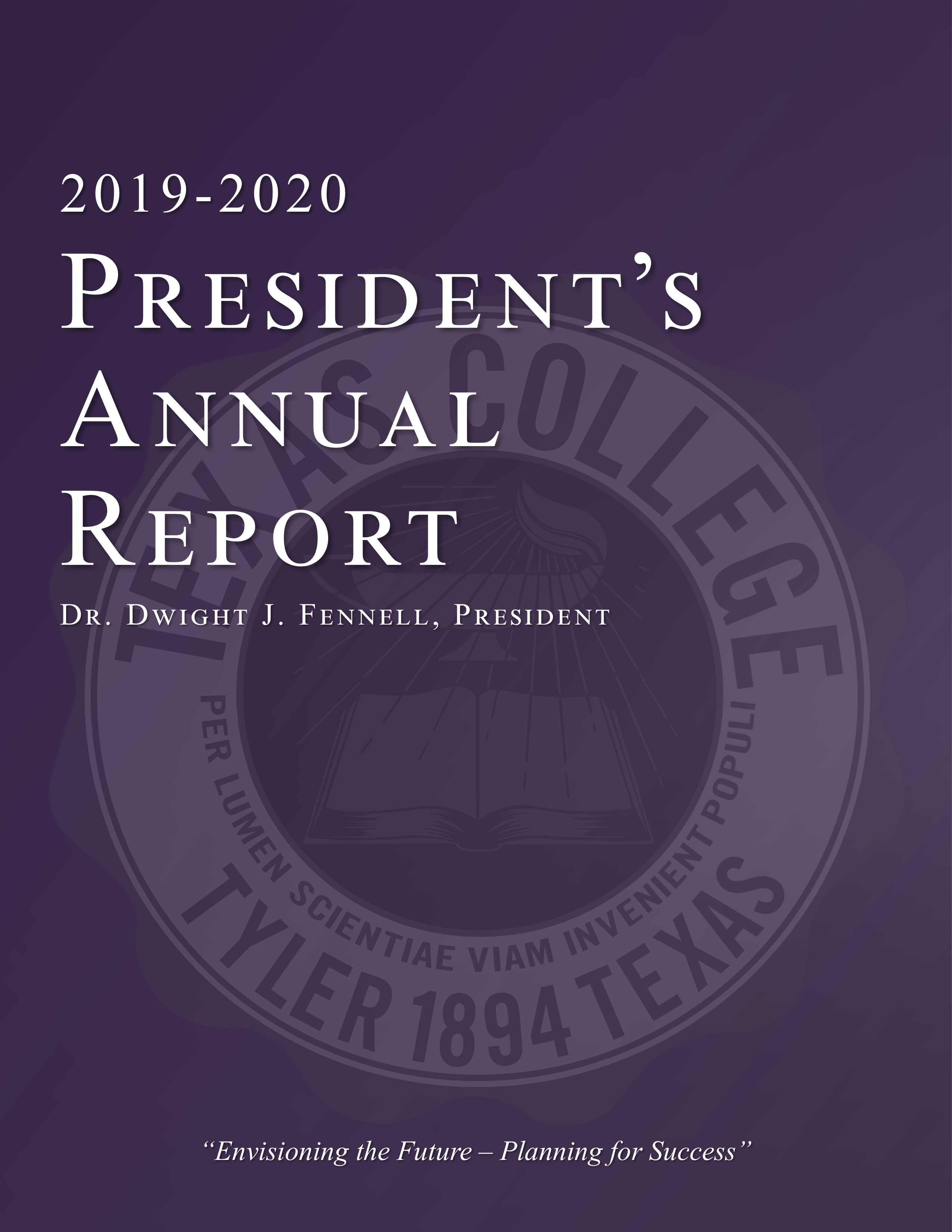 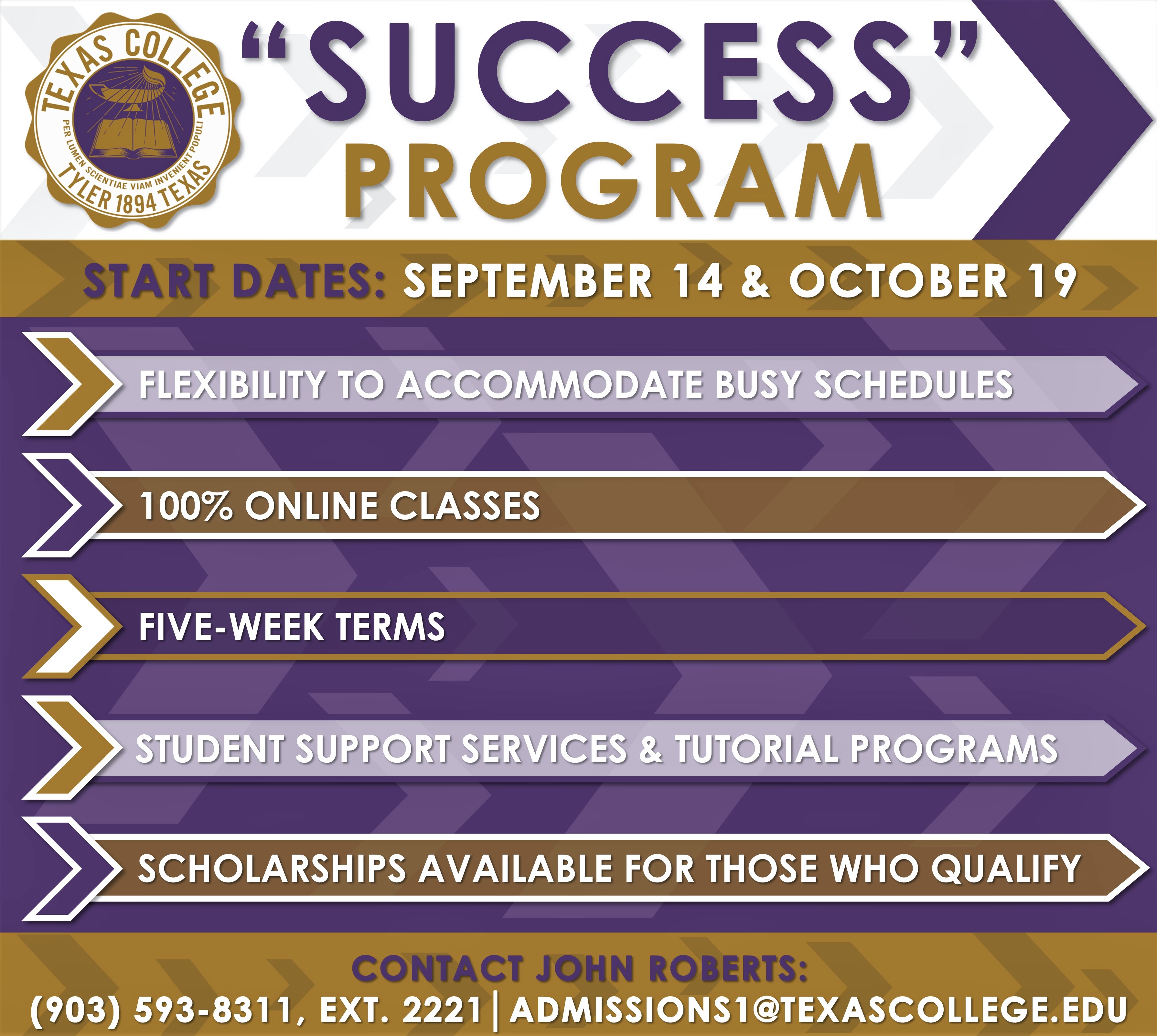 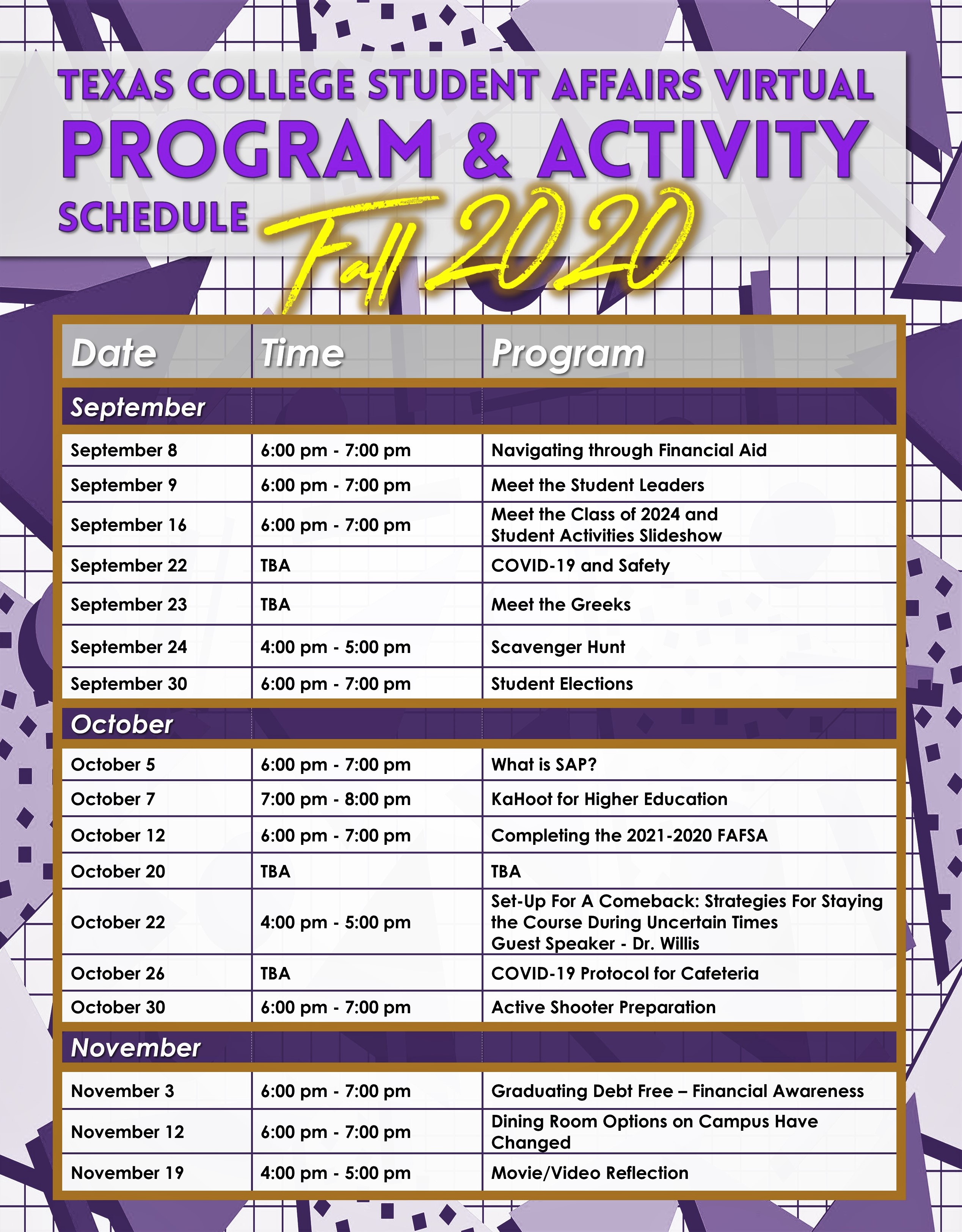 Zoom links to participate will be provided via email for the respective program or activity. 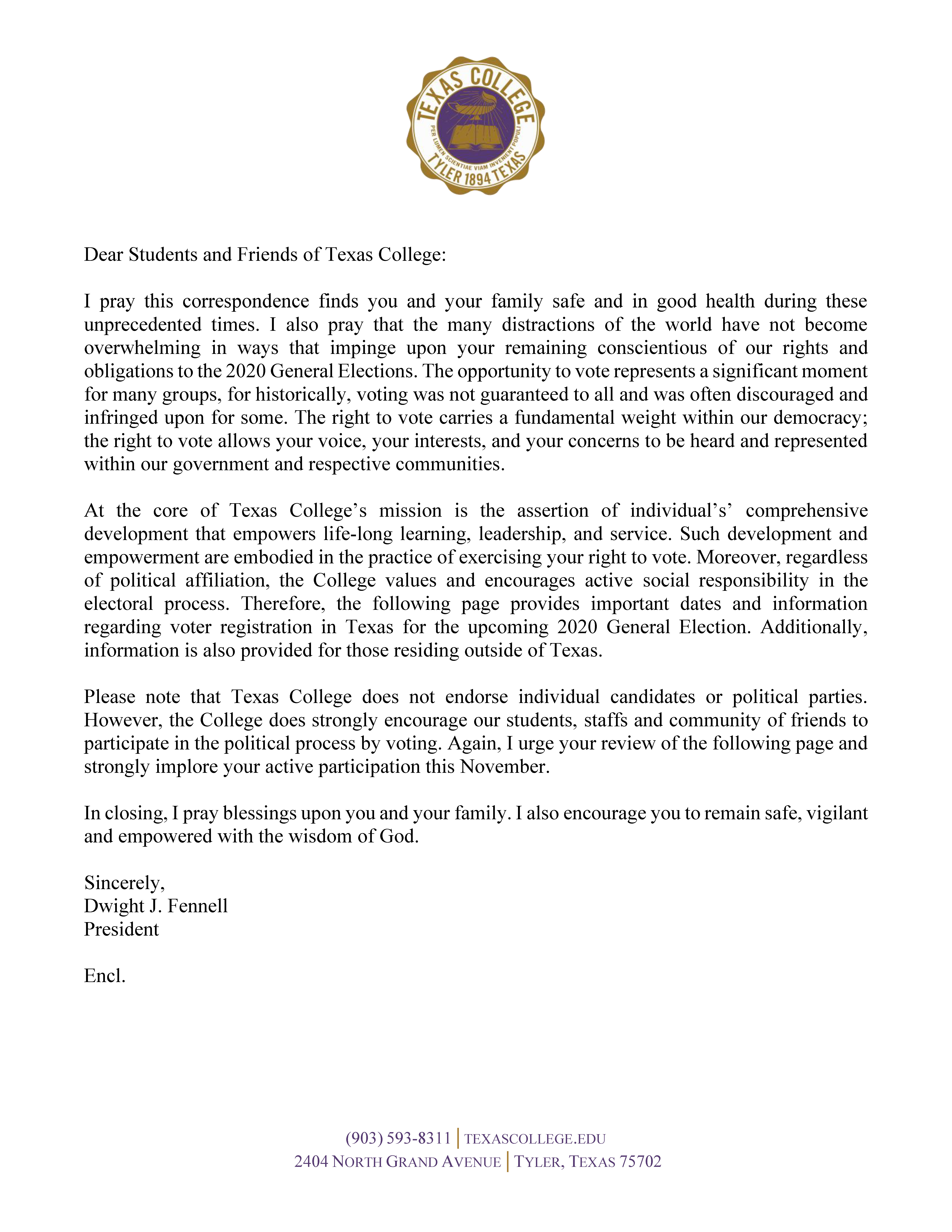 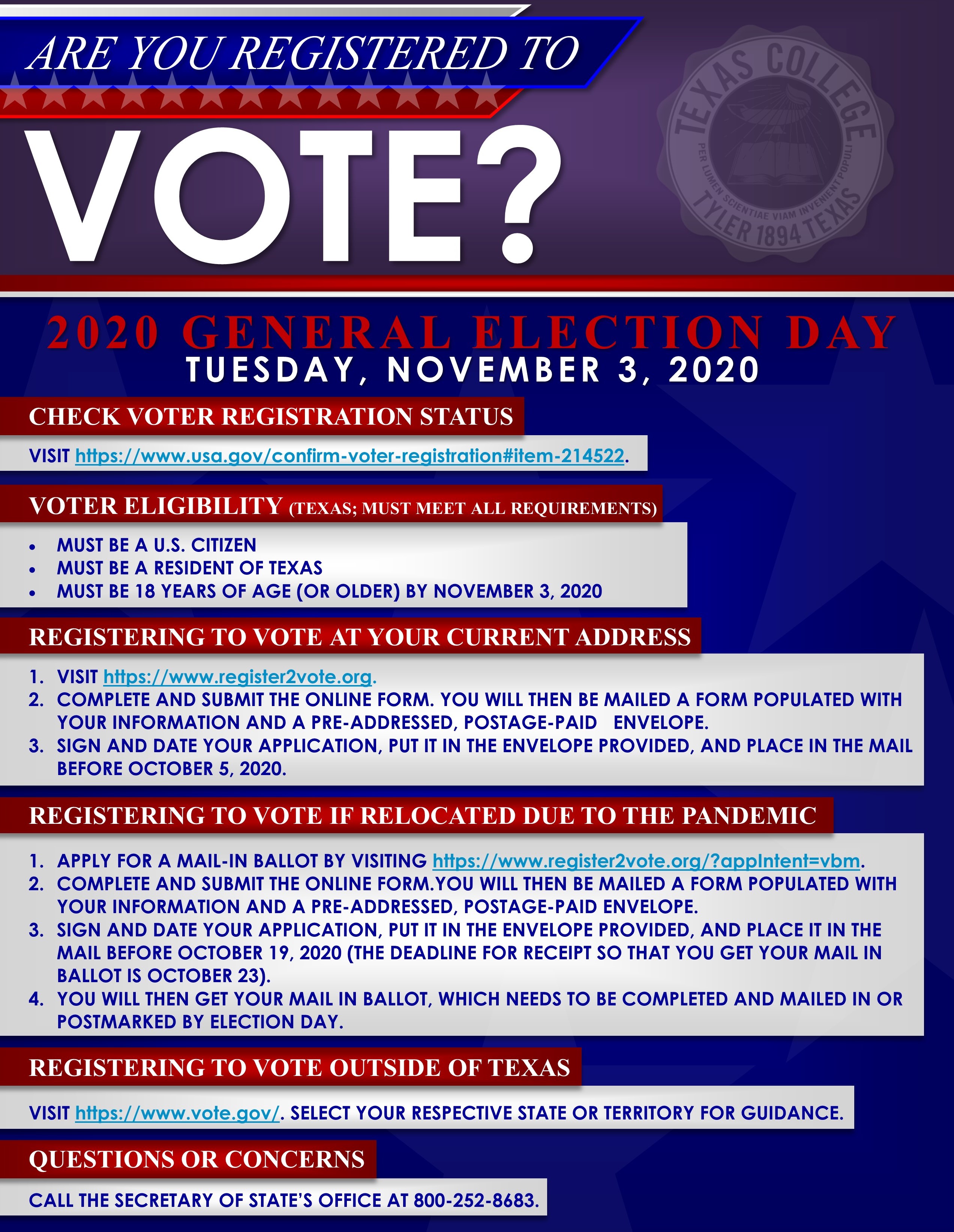 VIEW AS PDF WITH CLICKABLE LINKS

Help Texas College celebrate HBCU Week! Submit a short video (under 60 seconds) or a photo and paragraph explaining why you chose to attend Texas College and how the College has impacted your life. The submissions received may be featured on Texas College's social media during HBCU Week. All items should be submitted via email by Thursday, September 17, 2020. For larger attachments, please use the file sharing platform WeTransfer and send the transfer link via email.

Important information to include:
-Name
-Class

Suggested information to include:
-Major
-Organizations involved with while at Texas College
-Current occupation
-Experienced success